November 2nd has proven to be a rather popular day for new devices – HTC, Samsung, and T-Mobile have all released new devices today. HTC has released the Radar 4G – a new Windows Phone 7 device at an attractive price point. Meanwhile, Samsung unleashed the Galaxy Tab 10.1 on T-Mobile’s 4G network. And lastly, T-Mobile is bringing two new MyTouch phones to the table: The aptly named T-Mobile MyTouch and the MyTouch Q.

Read on for a closer look at these devices, as well as to learn about syncing each of them using CompanionLink! 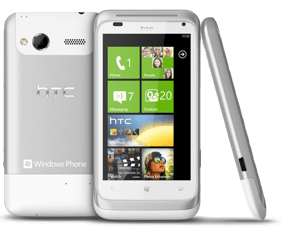 The HTC Radar 4G is a affordable, mid-level phone running Windows Phone 7. Featuring a 1GHz processor, 512MB of RAM, a 5-megapixel camera, and a 3.7” screen, the Radar is a solid device. While it admittedly has “mid-level” specs, it runs on T-Mobile’s 4G network and will cost you just $100 after a mail-in rebate.  All in all, it’s a good phone at a good price. Check it out today at T-Mobile. 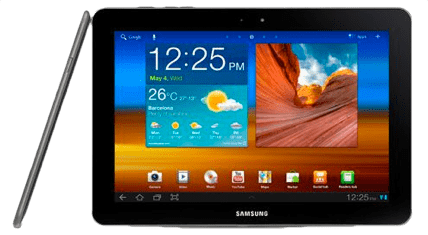 The Samsung Galaxy Tab 10.1 for T-Mobile’s 4G network sits at the top of a nice line-up of of Galaxy Tab devices. With a 10.1” HD display, 1GHz processor, and 4G speeds, the Galaxy Tab is among the best Android tablets currently available.

As with the other Galaxy Tab devices, CompanionLink allows you to sync with Outlook and much more via one of four unique sync methods. Learn more about the various sync methods and download a free trial of CompanionLink today! 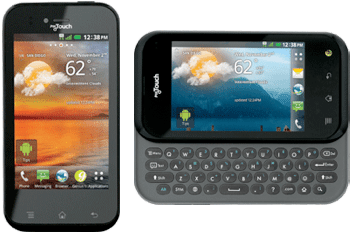 T-Mobile’s latest updates to the MyTouch models are certainly welcome. Both the MyTouch and the MyTouch Q feature Android 2.3, a 1GHz Qualcomm Snapdragon processor, 5MP camera with 720p video. In fact, the only significant difference between the two is the slide out Qwerty keyboard built in to the MyTouch Q. Whether you prefer a physical keyboard or not has no effect on the price you’ll pay – both phones weigh in at just $79 after a $50 mail-in rebate.

You’ve probably guessed this by now, but yes, CompanionLink syncs the MyTouch with a variety of CRM software. Head over to companionlink.com/android today to learn more!