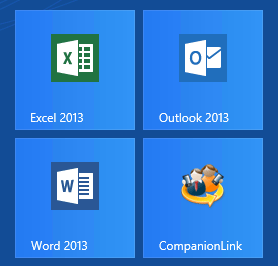 The full line of desktop products that we support in previous Windows versions are also supported in Windows 8:

One thought on “CompanionLink supports mobile sync on Windows 8”