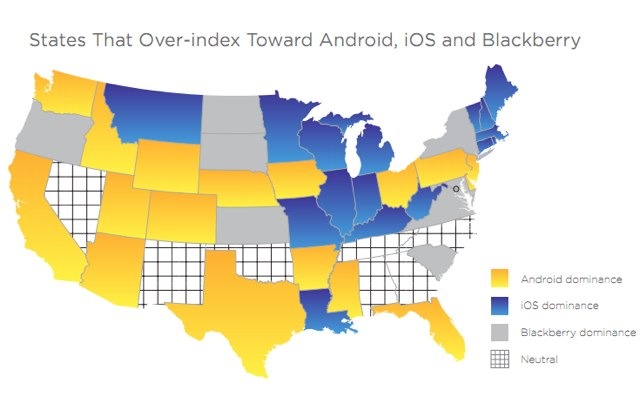 We regularly see reports that show Android is leading the mobile market, but this is the first time I’ve seen a state-by-state breakdown of popularity. Jumptap, a mobile ad network, released a report today showing Android, iOS, and BlackBerry popularity at the U.S. state level. The data is based on activity on Jumptap’s network, a network that reaches 83 million users.

Check out the image above to see where your state’s allegiance lies. Most interesting to us – in our home state of Oregon, BlackBerry reigns supreme. At least according to Jumptap’s data…