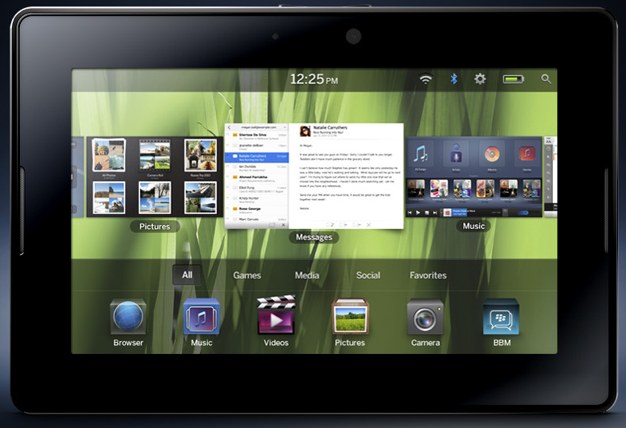 To be fair, this is not a review of the PlayBook. We haven’t had the chance to get our hands on one yet (though we’ll be getting ours tomorrow). That said, we cannot help but wonder why the PlayBook is shipping without any sort of native email or Personal Information Manager (PIM) applications, such as contacts, calendars, etc.

Yes, it is possible to “tether” your PlayBook with your BlackBerry phone to get this PIM data on the tablet, but that’s not a complete solution. While many of those who buy the PlayBook will have BlackBerries, not all will! For those users, the only option is a browser-based solution, like Google.

Of course, in the long term, there will be other solutions. For one, RIM has stated that native applications will be coming. As to when exactly that is, we don’t know. For users who are getting their PlayBook tomorrow, though, this feature can’t come soon enough!

The other solution is Android. RIM has announced that the PlayBook will be able to run Android apps, like our own DejaOffice. This capability is expected to arrive via software update this summer. We’ll have more information for you on this as soon as we know more ourselves. That said, at this point we are expecting to support DejaOffice on the PlayBook via Android.

In the meantime, we’ll be getting our PlayBook tomorrow and exploring our immediate sync options. We’ll keep you posted!

4 thoughts on “How To Do Contacts, Calendar, Tasks and Notes on the BlackBerry PlayBook”