Did you know that every two days as much data is created as was created since the dawn of civilization until 2003?

With that much data out there, it’s no surprise that sync has become an integral part of our everyday lives. Whether it’s keeping your emails synced across devices, sending a file via Dropbox, or keeping up with your business by syncing your contacts, calendars, tasks, and more with CompanionLink, sync is nearly everywhere.

Take a look at the infographic below to see just how prevalent sync is in our everyday lives! Then, let us know what you sync in the comments below.

The World In Sync [Infographic] was last modified: April 11th, 2012 by David Z 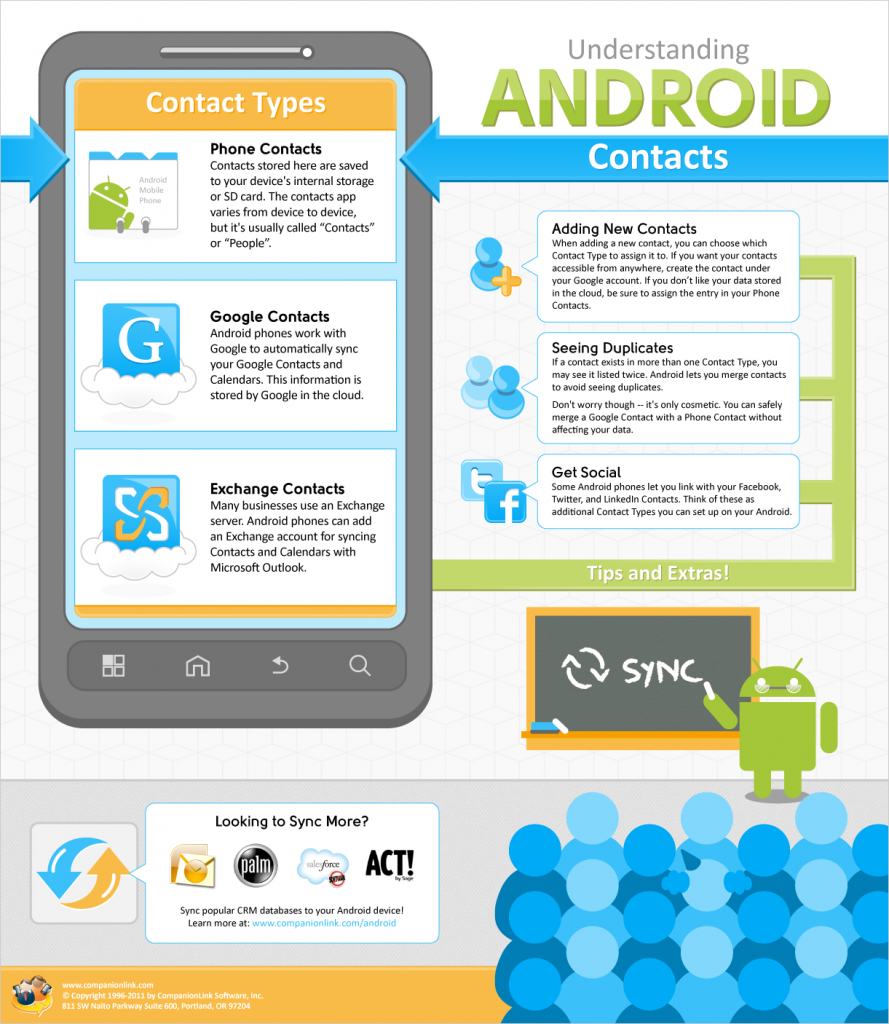 From the pager to the iPad, mobile devices have been enhancing our mobile productivity in one way or another for decades. In their early days, mobile devices were largely business-focused. Since then, they have become sleeker, more powerful, and even more appealing to consumers and business users alike.  On today’s mobile devices, you can run your business, use your phone camera for professional photoshoots or play Angry Birds – or all of them!

Read through the infographic below and take a walk through a history of mobile productivity. Discover the first portable handset. Learn how the groundwork for today’s app stores was laid in the 1990s. Reminisce over the earliest smartphones and tablets. Then, share with us where you think mobile productivity is headed next!