When the Motorola Backflip was launched last week on AT&T, there was an issue with users not being able to find the CompanionLink app in the Android Market to download onto the Backflip. CompanionLink has identified the issue, and a new update has been published to address that. Users can now find the app in the Android Market by searching for “USB Sync”.

If you are unable to find the app, or are experiencing any other issues, please contact support@companionlink.com 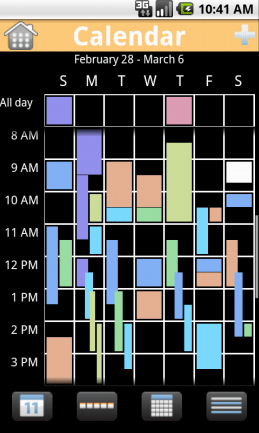 We have great news if you use CompanionLink to sync with Android via USB cable! We have just released a major update to the Android app that works with CompanionLink on your PC to sync data.

The update brings many new features to the Android onboard app, including month- and week-views to your calendar. Touchscreen navigation has also been improved with the addition of swipe commands to move calendar day, week and month forwards or backwards. In addition, we have updated calendar category support that includes color-coding for easier identification of key appointments. Speed and stability have also been improved.

There is no charge for the app update. Here’s how you get the update:

1. Tap on the Android Market app on your phone.

2. Tap on Downloads to see all the apps you currently have.

3. Tap on our app, which should say “Update available” next to it.

We always welcome feedback as it helps to improve our software. Send your thoughts to www.companionlink.com/feedback.

To download a 14-day trial of CompanionLink, visit www.companionlink.com/android. 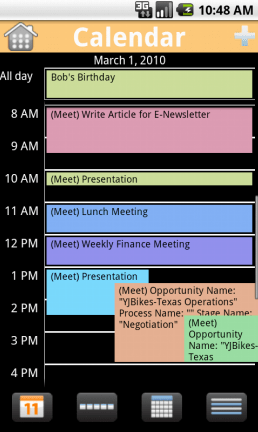 Direct USB sync with Android-based phones was last modified: May 13th, 2022 by Rushang