Microsoft rebranded their online Office app suite as Office Online. It was previously the product known as Office Web Apps. They introduced a new home page with tiles of the apps you have access to online – People, Calendar, Email, Word, Excel, PowerPoint, OneNote, and the new OneDrive document and file storage service.

For people running desktop MS Outlook 2010 and prior, CompanionLink offers the missing connection to Office Online and Office 365 accounts. These versions of Outlook have no way to automatically integrate desktop contacts, calendar, tasks, and notes with Microsoft’s cloud. CompanionLink for Outlook is a plug-in that automates the integration between Microsoft’s cloud and Outlook 2010, 2007, and 2003. Here is a setup guide that shows you how to configure PC Outlook to Office Online and Office 365. 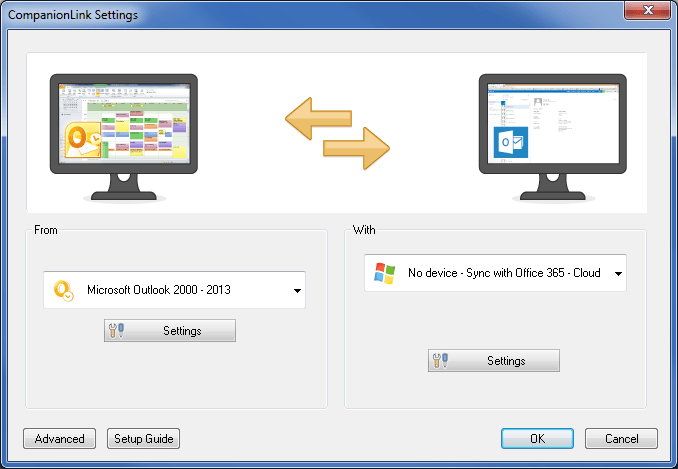