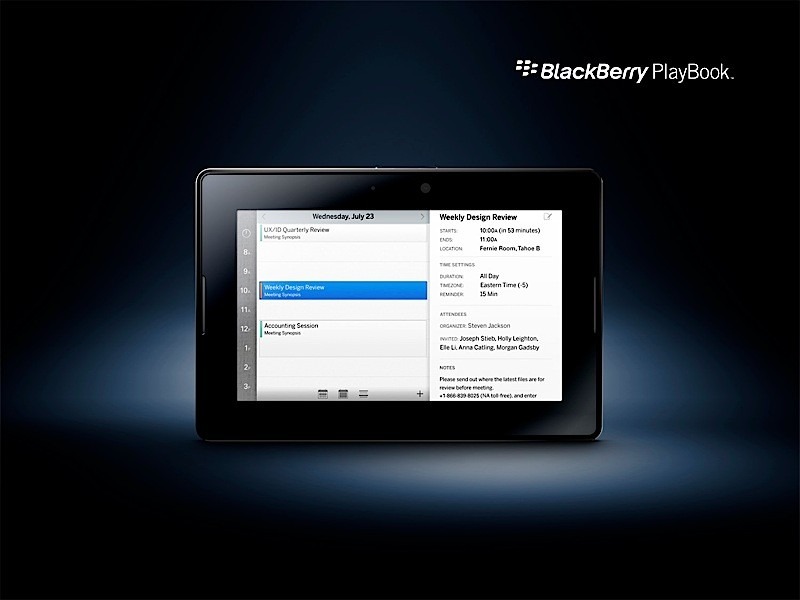 It is currently unknown if Google will support sync with BlackBerry Tablet OS, but given Google’s track record of support for most popular mobile platforms, we would be surprised if Google didn’t have an offering for RIM’s tablets. CompanionLink supports sync of contacts and calendar from the PC to any Google, Gmail, or Google Apps account. Pending Google’s support for BlackBerry Tablet OS, CompanionLink will be able to provide an additional sync option for Playbook owners.

For now, this is all speculation. As we get closer to the launch date for the Playbook, more details will certainly emerge. An official announcement regarding CompanionLink’s sync support for the BlackBerry Playbook will be made as soon as we can confirm compatibility. Details on CompanionLink’s support for BlackBerry devices can be found at www.companionlink.com/blackberry