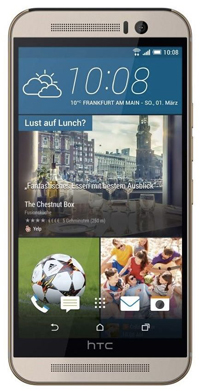 Sync HTC One with Microsoft Outlook and other CRM business software

Contacts, calendar, tasks, notes, categories, alarms, reminders, and contact photos. Supports the new HTC One M9 and older devices like One M8, One M7, One X, One S, and One V.

Sync standalone Microsoft Outlook (no Exchange required) with HTC One:

What would you like to sync with HTC One

Sync HTC One with Microsoft Outlook

Sync HTC One with Palm Desktop

Sync HTC One with Sage ACT!

Sync HTC One with FrontRange GoldMine

Sync HTC One with Novell GroupWise

Sync HTC One with Time & Chaos

Sync HTC One with Salesforce

Sync HTC One with Highrise

Sync HTC One with Zoho CRM

Sync HTC One with SugarCRM

About the HTC One M9

The HTC One was voted by AndroidCentral as the best Android phone money can buy as of August 2013. This is a bold statement because of the head-to-head competition with the most popular Android phone, Samsung Galaxy S series. Most reviews point to the high-end build that HTC says is inspired by brands like Montblanc and Rolex. The anodized metal unibody and subtle gold veneer give the M9 a premium feel.

The M9 ships with the lastest HTC Sense software. It boasts improved contextual awareness that can serve apps depending on your location (ie - music apps if you are at home and productivity apps if you are at work). This overlay turns your home screen into an intelligent and dynamic screen.

About the HTC One X

The HTC One X is HTC's superphone for early 2012. Early benchmarks have shown that the HTC One X is twice as fast as any other phone currently available. The incredibly fast processor is augmented by a 4.7-inch 720p display (with a retina-busting 312 PPI). 4G LTE data speeds and an 8 MP camera round out this amazing device.

About the HTC One S

The HTC One S is seen as a step down from the aforementioned One X, but that doesn't mean it's a poor device by any means. It manages to offer similar speed and performance, but shrinks the package size down a bit. Specifically, the One S manages to pack all of this in to an incredibly thin body and sports a 4.3-inch screen.

About the HTC One V

The HTC One V is HTC's entry-level smartphone for Spring 2012. One of the first devices to run Android 4.0 ICS (Ice Cream Sandwich), the One V sports modest specs at an even better price. The screen has been downsized a bit from its older brothers, displaying 480x800 at 3.7-inches.