Sprint has officially begun selling the Galaxy S II, which marks the beginning of the phone’s entry into the US. It has been wildly popular in Europe over the past few months, and with the specs that it has it’s no real surprise! While Sprint has been the first major carrier to carry the device in the US, AT&T and T-Mobile are set to follow shortly, though the exact dates are unknown.

Take a look at our video below to learn a bit about each of the unique variants of the Galaxy S II and hear our thoughts on whether this phone is worth the upgrade!

The Samsung Galaxy S II Is Now Available In The US was last modified: September 19th, 2011 by David 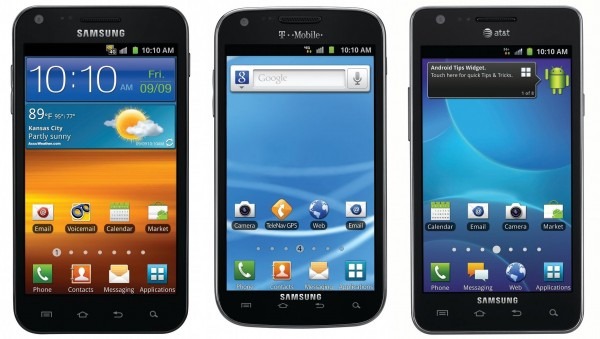 The Samsung Galaxy S II from AT&T features a 4.3” Super AMOLED Plus display, a dual core 1.2GHz processor, and AT&T’s brand new 4G speeds. The Galaxy S II will be available from AT&T on October 2.

The Samsung Galaxy S II is dubbed the Epic 4G Touch by Sprint and features a 4.52” Super AMOLED Plus display, a dual core 1.2GHz processor, and 16GB of built-in storage. The Epic 4G Touch will be available for $199 beginning September 16.

Each of these devices clearly feature the latest powerful hardware, yet they lack an easy way to sync with Microsoft Outlook and other CRM databases.

Using CompanionLink, it’s possible to sync contacts, calendar, tasks and notes between the Samsung Galaxy S II Series and CRM software such as Microsoft Outlook, ACT!, Palm Desktop, Lotus Notes, and more. You can sync direct via USB, over local Wi-Fi, via our Secure Hosted wireless, or via Google.

Find more info, as well as a 14-day free trial, at www.companionlink.com/galaxy

Want to sync the Samsung Galaxy SII with Outlook?
Download a free trial of CompanionLink for Outlook today!

Choosing the Right Android Phone and Carrier Combination was last modified: May 5th, 2011 by David

AndroidCentral.com ran a poll on who was planning to buy the EVO 4G (for which CompanionLink provides complete two-way sync).  Turns out that most of the folks are coming from the BlackBerry platform.  The EVO 4G arrives June 4 on Sprint’s network.

iPhone, webOS and Windows Mobile all tie for a distant second place.  The surprising element to the poll is the number of people buying their first smartphone (roughly the same number as those migrating away from other existing smartphones).

There seems to be a lot of people still sitting on the sidelines, waiting for just the right smartphone before buying their first one.  AT&T’s new (lower) pricing for data plans may help bring these people into the smartphone world.  The cost of entry is now just $15/month.  If history is any indication, other carriers will follow AT&T’s price shuffle to attract new customers.

A CNET blog post cites AT&T’s Business Solutions unit claiming 4 out of 10 sales of the iPhone are made to “enterprise users”. The iPhone has come a long way since its inception as a consumer-centric device.

More and more business professionals are asking how they can make their iPhones and Android-based smartphones work more like business-friendly devices. They recognize these devices are powerful mini-computers, but they need help leveraging that power so it works for their business.

The DejaOffice app does just that. DejaOffice transforms iPhone, iPad and and any Android device into a business-friendly tool. The app makes the phone work more like your PC software.

– contacts, calendar, tasks and notes can be organized into categories that match and link with your PC

– appointments can be created with people from your address book

– create custom fields and label them whatever you want

– search functionality works even with your custom fields

The mobile world has moved on since the first PalmPilot devices arrived in the 90s.  However, the timeless business productivity principles are still in effect today.  CompanionLink and DejaOffice lets mobile professionals have a suite of tools on their phones and tablets to be as productive as they are when using their PCs.

40% of iPhone purchases by business users was last modified: May 28th, 2010 by Rushang