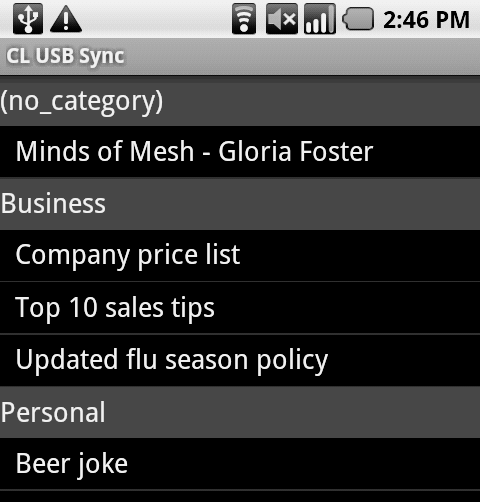 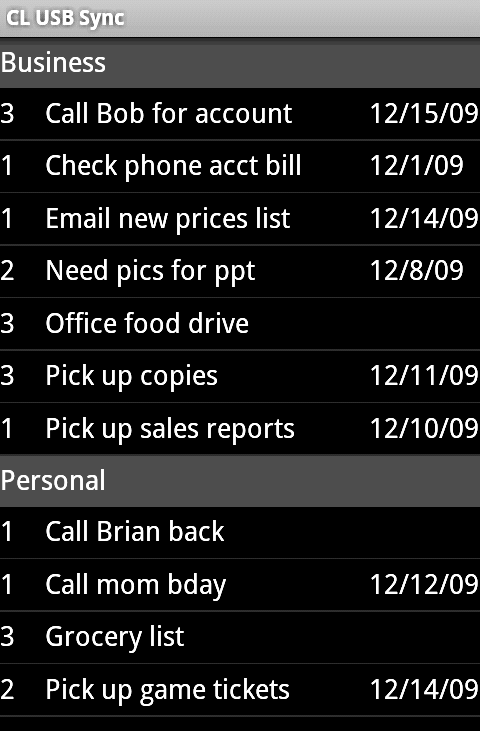 CompanionLink has a fix to the synchronization service outage with Google Calendar.  If you sync calendar data from your PC to your Google Calendar, you will need to install this update.

Details about the sync service outage with Google Calendar

On November 24, 2009, Google made a critical change to a core field in Google Calendar.  We don’t know if Google intended this change, or knows that it affects software that uses the published Google API.  It may be the case that Google will allow the software to work again in due time.  The change by Google to their published APIs made it unable for CompanionLink’s software to Add or Change Calendar information from PC to Google.  Google Contacts is not affected.  Sync Google Calendar works fine from Google to PC.

CompanionLink has created a software update that complies with Google’s changes.  CompanionLink products with build 3082 and higher will contain this change and can be used to update data from PC to Google.

CompanionLink has been getting reports from users that as of today morning, their PC calendar has stopped synchronizing with their Google Calendar.  CompanionLink was able to reproduce this problem with our in-house tests.  We are working on a solution.

A week ago, CompanionLink unveiled their plans to develop USB sync software for Android phones.  CompanionLink now has more details about the solution.

The sync will be ready for launch within 90 days and will do two-way sync of Contacts, Calendar, Tasks, and Notes between PC and Android phone using the USB cable that ships with the device.  No web-based solution like Google is required.  No Wi-Fi or Internet connection is needed.

Contacts will sync to the built-in address book on the Android phone.  CompanionLink plans to include a way to categorize contacts into groups.

Calendar will sync to a custom app that allows more search and list-view capabilities as compared to the built-in calendar on the Android phone.

Tasks and Notes will sync to custom apps on the Android phone that will allow categorization, sorting, and the ability to assign priorities.

CompanionLink for webOS USB is software that does a direct two-way USB sync between Outlook and Palm Pixi.  Contacts, calendar, tasks, and notes sync to the Pixi and can be edited on either the PC or on the phone.

CompanionLink features a Palm webOS app called CL USB Sync™ that can be downloaded to the phone for free from the Palm App Catalog.  This app works with CompanionLink for webOS USB to synchronize PC contacts and calendar to the phone’s webOS contacts and calendar applications.  The CL USB Sync app also includes unique tasks and memos apps with categories and sort lists that work like the PC versions of the same applications.

Outlook USB sync with Palm Pixi was last modified: May 25th, 2020 by Rushang

CompanionLink is working on a direct USB sync for the new Motorola Droid.  This will let users securely sync data by docking their Droid to their PC with the USB cable that came with their phone.

Currently, users of desktop software like Outlook, Lotus Notes, GroupWise and ACT! are required to use a wireless sync protocol.  For example, data syncs from their PC to their Google account, which then natively syncs with the Droid.  CompanionLink for Google provides this functionality between PC and Google.

While this serves the needs of many customers, this can pose security concerns for people who don’t want to host their sensitive data on Google or have it transmitted wirelessly.  CompanionLink is looking to address that with a direct USB sync solution.

Click here to sign up to receive an email announcement when direct USB sync between PC and Droid is available.

Outlook Business Contact Manager (known as “BCM”) is a powerful extension to the Microsoft Office Outlook system.  It provides CRM-like functionality within the Outlook environment people have become accustomed to.  CompanionLink can sync BCM data to Outlook and Exchange folders, to Google, or directly to phones using USB cable or wireless sync technology.

Microsoft’s help and how-to website refers Outlook BCM users to CompanionLink for two-way synchronization with devices that Microsoft does not natively support — such as BlackBerry, Apple iPhone, Google Android, and Palm devices.

Outlook users who need to wirelessly sync their BCM data with their phones but don’t have an Exchange Server can use CompanionLink’s wireless sync service ($9.95/month per user).  With this service, BCM data will sync over-the-air and securely with your BlackBerry, iPhone, Windows Mobile, and Palm OS devices.

PreCentral.net – the famous Palm Pre portal – has partnered with CompanionLink to giveaway five licenses of CompanionLink for webOS USB along with RunStart service (nearly a $400 value).  PreCentral has reviewed CompanionLink and is conducting a poll on their forum.

To enter the giveaway, users are required to answer the poll.  Survey ends November 6 at noon Eastern.

CompanionLink announced the first USB sync solution with Palm Pre.  Before this solution, users had to sync data over-the-air or through their web-based Google/Gmail account.  For many, this was an unnecessary step that they didn’t want to do.  Also, users with sensitive customer data could not store their data in the cloud or sync via WiFi.

CompanionLink for webOS USB is a new software solution that does a direct USB sync with Palm Pre using the MicroUSB cable that comes with the phone. Data is securely synchronized two-ways when the phone is docked to the PC. 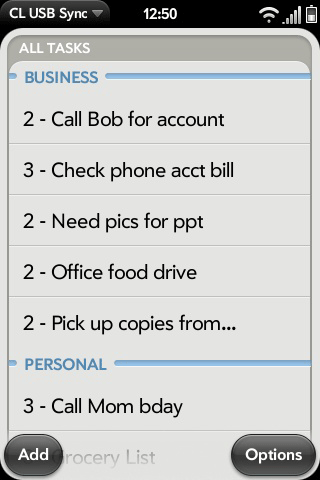 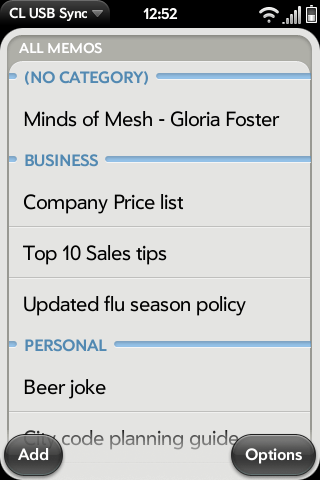