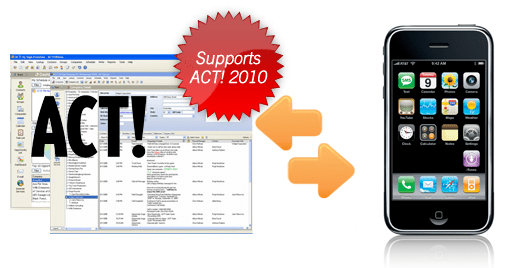 ACT! by Sage users who also own an iPhone can use both technologies as part of their business workflow.  CompanionLink offers ACT! to iPhone synchronization that allows for two-way wireless transfer of ACT! contacts, activities, to-dos, notes, histories and opportunities.  CompanionLink also allows ACT! users to  link activities and notes to contacts for optimal organization of business data between ACT! and iPhone.

A 14-day evaluation version of the ACT! to iPhone wireless sync software is available at www.companionlink.com/iphone.