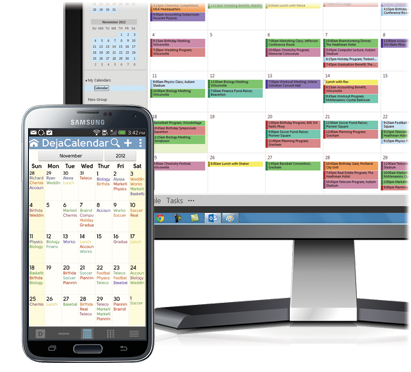 What would you like to sync with Samsung Galaxy S5

Samsung Galaxy S5 was announced on February 24, 2014 at the Mobile World Congress. Even though the phone is an interative step up from the S4, there is a lot of new hardware to make it a worthy upgrade.

“Even though we’re doing the software business, we're not as good as we are in hardware,” said Kwon Oh-hyun, vice chairman and chief executive of Samsung Electronics.

Desktop Microsoft Outlook synchronization has been a challenge for Samsung. Their KIES software ran into the wrath of users who found the last update to be, first, missing sync options altogether, and then, offering calendar sync but not contact sync. Those who have tried KIES for sync in the past are left asking more. Clearly, Outlook integration isn’t a money-maker at Samsung. With their tighter partnership with Google – which is incentivized not to promote Microsoft Outlook over their own Google cloud – will Samsung abandon Outlook integration altogether in the future?

How to reliably sync GS5 with Microsoft Outlook

CompanionLink's Samsung Galaxy S5 Outlook sync will fully support two-way sync with GS5. The device will ship with Android OS 4.4 (KitKat), which CompanionLink already supports. CompanionLink will offer USB, WiFi, DejaCloud, and Bluetooth sync with Galaxy S5 on both Windows and Mac platforms. You will also be able to sync Outlook with Gmail, and let Google handle the integration with the new S5. This is a great option for those who use Google's services as a hub for other connections. Click here for a list of benefits behind each sync method.