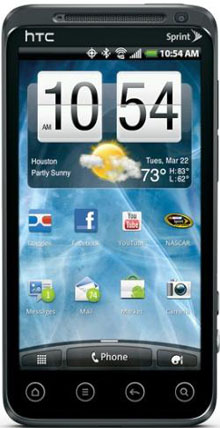 What would you like to sync with HTC EVO

About the HTC EVO 4G LTE 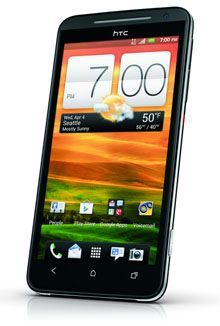 Like the name implies, the EVO 4G LTE is the first in the EVO series with LTE high-speed data connectivity. LTE offers a large boost over Sprint's last-gen technology (WiMAX). The device is also one of the first HTC devices to offer Android 4.0 (Ice Cream Sandwich). The brilliant 4.7" screen rounds out this superphone.

About the HTC EVO Design 4G 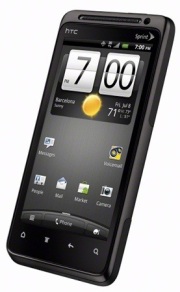 The EVO Design 4G is similar to the EVO 3D (mentioned below), but without the 3D display. Despite the lack of 3D, the EVO Design 4G provides top-end specs at a great price - lots of value in this device. Featuring a slightly smaller 4-inch screen, a dual-core processor and 4G WIMAX data, this is a solid contender.

About the HTC EVO 3D 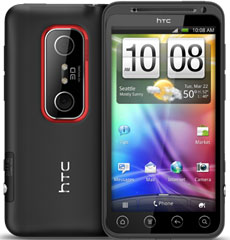 What doesn't it do? This superphone really does max out with the top specs, however, the feature everyone is talking about is the 3D display. The 3D effect works without glasses! On the back, you'll find dual cameras for (amazing) 3D pictures and video. No doubt, this will be one of the hottest phones of 2011.

About the HTC EVO View 4G

The HTC EVO View 4G is a 7" Android tablet that inherits the spirit of the original EVO. It features a unique stylus for easy handwritten notes. It operates on Sprint's 4G Wimax network for fast data speeds on the go.

About the HTC EVO Shift 4G 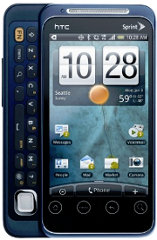 What kind of unit is the EVO Shift 4G? It's pretty much a smaller version of the HTC EVO 4G except that it has a slide out QWERTY horizontal keyboard.

About the HTC EVO 4G

The HTC EVO 4G sports a giant 4.3-inch display and a 1GHz Snapdragon chipset. The most interesting thing about it however, is that it's the first phone in the United States to support Sprint's WiMAX 4G network. This allows it to take advantage of better video streaming, faster data connectivity and a 1.3MP front-facing camera for video calls. It has HTC's renowned Sense UI on top of Android 2.1, which means users will have access to thousands of applications. Another premium feature of the smartphone is the 8MP camera with HD video recording.